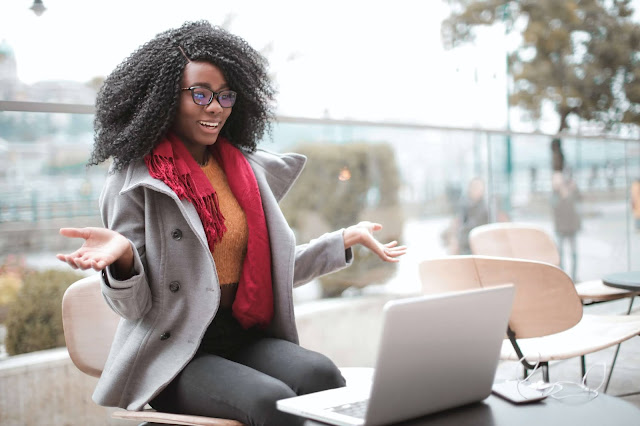 Money is one of the most issues adults worry about. It makes people feel less secure and deprives them, as a result, of happiness. The good news is that financial independence isn’t a matter of luck, it can be easily attained with these few keys to wealth.


1. Choose abundance:Often, self-limiting beliefs and fears are what hold us from being rich, because of this negative pattern, we seem to refuse opportunities and we focus on the fact that we’re poor and don’t deserve wealth.
The fact is there is no real shortage, you live in an abundant universe where there is enough money for anyone who’s willing to receive it.
Most of the rich people, started off penniless and this is why you need to believe that you too can do it. Analyze yourself and determine your biggest block, it can be the fear that money might make you sad because you knew someone who was rich and having lots of problems and so in your subconscious mind, you decided that money makes people sad.
Rationalize that block and let it go. “Money goes where it is loved and respected. The more positive emotion you associate with your money, the more opportunities you will attract to acquire even more.”

2. Your most valuable asset is your earning abilityHow much time and money you invest in improving yourself will largely determine your earning ability and how wealthy you become.
Many people on the payroll spend most of their working time in activities that have nothing to do with their jobs like socializing, making phone calls, taking extended coffee breaks and other unproductive activities.
The thing is, if you do more than you’re paid for, you’ll never be paid as much as you are now. Hard work pays off, so work harder, start off earlier and stay later and work all the time you’re working.
Most importantly, never stop learning and improving your skills, the time spent learning can save you so much time and effort in your work.
Read in your field, listen to audio programs and attend workshops.


3. Longterm perspective:It has been proven that the longer is the time perspective of the decision-making, the higher the person rises in society. This means that self-made rich people make decisions and sacrifices in the long term that may not pay off for many years and sometimes not in their own lifetimes.
Like doctors who would study for ten to twelve years in order to become a doctor, usually, because of such sacrifices, people would appreciate them and admire them more than any professional group.
On the other hand, average people have the shortest time perspectives, they think in terms of the next day or the next week. In other terms, no one likes getting up earlier, working harder and staying later, but successful people would still do it because they’re looking for pleasant results, while unsuccessful people are looking for pleasant methods.Being a long term thinking enables you to organize your life and set goals and ambitions in your mind, and then your decisions and choices become aligned with those goals that will soon become a reality.

4. Saving ten percent or more of your incomeA secret to financial freedom is to save ten percent or more on every single paycheck throughout your lifetime.
If you’re in debt, make sure you pay it off as soon as you can before interests accumulate, then start saving and never touch that money, so if you want to buy a house or a car, set up another fund for that purpose.
This is what we call “pay yourself first”. People, often, think that by increasing their incomes, their financial problems will be solved, it turns out that your expenses always rise to meet your income.
When you start making more, you upgrade your lifestyle and you start spending more.
The solution is to increase your saving rate with the increase of your income, that way you won’t get the chance to get accustomed to the new income and your expenses will increase at a slower rate than your income.

5. Investigate before you invest:As hard as it is to make money, it’s quite easy to lose it.
The rule is to spend as much time investigating as it took you to make that money you want to invest.
Ask and look for enough information and if you still have a doubt you’ll probably be better off keeping your money in the bank. If there is a possibility that you will lose your money, don’t part with it in the first place.
Think of your money as a piece of your life, you’ve had to exchange so many hours of your life for that money.

Popular posts from this blog

May 05, 2021
These are lessons I learned from a self-help book; “Would/Coulda/Shoulda” by “Dr. ArthurFreeman” and “Rose DeWolf” . These lessons helped me understand a lot of things that were a blur and used to confuse me before, and got me aware of other things I subconsciously was trapped and stuck in. It helped me heal my wounds and free myself from barriers and complexes, and I hope it helps you too. On Change.   #1- “We are all required to be “actors” now and again. Even if you are sure that nothing will come of your efforts, pretend otherwise. Acting the part of a self-confident and cheerful person can actually make you feel more self-confident and cheerful. Making an effort, even when you feel it is forced, can produce meaningful results. When we play a role, part of that role becomes a part of us. That happens because when we play a role, people react differently to us, and that changes how we feel. That change is not phony. It’s real.” #2- “When you set out t
Post a Comment
Read more

May 05, 2021
Thanks to coffee’s high levels of antioxidants and beneficial nutrients, studies show that coffee drinkers have a much lower risk of several serious diseases . Below are some inspiring quotes for coffee-lovers: 1- Coffee doesn't ask questions, coffee understands. 2- Some thinking + some coffee = some great ideas 3- My blood type is coffee. 4- I only need coffee on say ending with the letter "y". 5- Coffee is always a good idea. 6- Do not spill my coffee because it's my precious gem. 7- Everybody should believe in something, I believe I'll have another coffee. 8- I love days when my only problem is tea or coffee. 9- Please put a heart in my coffee. 10- Coffee is the foundation of my food pyramid 11- Say something with coffee. 12- Did you ever stop to think that maybe coffee is addicted to ME? 13- Coffee is the most important meal of the day. 14- Coffee smells like fresh groundly  heaven. 15- You're cute and all, but I'm not sharing my co
Post a Comment
Read more

14 Epic Quotes Only Shopaholic Can Relate To

May 05, 2021
Buying something new can give us some kind of satisfaction, an attempt to satisfy our needs and feel whole and complete. However, it can also leave us feeling emptier than we were feeling before buying it. Feeling guilty even. I’m not posting this to tell you to stop buying, but I’m posting these quotes that I loved from “ Confessions of a shopaholic ” and " Shopaholic abroad " by Sophie Kinsella to let you know that you’re not alone, so you don’t have to feel that bad about it. 1- “I love new clothes. If everyone could just wear new clothes everyday, I reckon depression wouldn’t exist anymore.” ― Sophie Kinsella, Confessions of a Shopaholic 2- “A man will never love you or treat you as well as a store. If a man doesn’t fit, you can’t exchange him seven days later for a gorgeous cashmere sweater. And a store always smells good. A store can awaken a lust for things you never even knew you needed. And when your fingers first grasp those shiny, new bags…” ― Sop
Post a Comment
Read more